You are here: Home1 / ToBRFV virus: a pragmatic approach. An interview with Shai Leviatov, VP...

Resistances to ToBRFV: an interview with Shai Leviatov, VP R&D at TomaTech-Nirit

After seven years of a Tomato Brown Rugose Fruit Virus (ToBRFV) pandemic that affected tomato production and markets worldwide, it is now clearer than ever that the development of genetic resistance that will allow plants to grow and yield high-quality fruit is key to solving ToBRFV-related phytosanitary risks and hazards. What is not as clear, however (and different notions are being discussed in the industry), is which varieties can be called resistant to ToBRFV or how to define the resistance level of a variety to ToBRFV.

This lack of clarity generated a significant semantic ambiguity around the word ‘resistance’ in its IR and HR declarations, which often lead to confusion about the actual value of resistance to ToBRFV for growers and consumers.

“As things stand, I think it is more than appropriate to make explicit that, at TomaTech-Nirit, when we declare our varieties as resistant to ToBRFV, we refer to varieties that were tested several times under control and severe inoculation conditions,” says Shai Leviatov, VP R&D TomaTech-Nirit. “Under such conditions, these varieties preserved the ability to produce high level of commercial quality yield.” 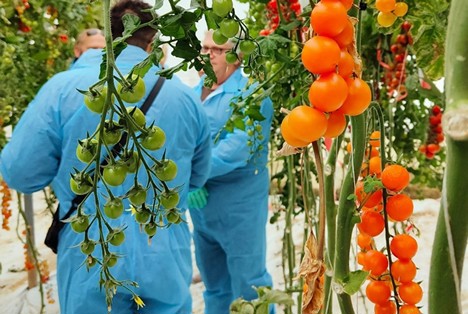 “In 2015, the TomaTech team began test tens of thousands of tomato plants thanks to a unique Plant Virus Inoculation System (PVIS) developed for that purpose by the company’s R&D team. Since then, TomaTech has had two main goals: first, to identify tolerance in varieties and hybrids in the pipeline to provide our customers with a short-term solution; and second, to identify additional sources of resistance to the virus to develop molecular markers to the resistant traits, which would in turn be introduced to elite breeding lines, thus becoming a constitutive part of the company’s germplasm for new resistant cultivars development.”

TomaTech-Nirit’s PVIS brings value to the company’s marketing and the R&D efforts. The system simulates real-life and commercial conditions of growing tomato plants under an intense and uniform level of infection, securing that all plants are inoculated at the same age. 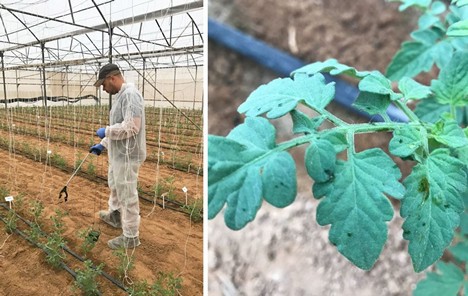 Securing full and uniform infection of ToBRFV by manually infecting the plants at a young age, the entire greenhouse is infected on the same day

“The tested plants are infected at the early stages of the crop and scanned continuously during the growing cycle; this way, the screening system enables us to identify hybrids and plants that have less symptoms at the plant level during the entire cycle, and at the fruit level up to the ripening stage. We then proceed to conduct several subsequent tests. Only after we obtain similar ToBRFV-resistance results and there are no signs of disease in plant and fruit – productivity and fruit quality are not compromised, there are good color, taste, uniform size, weight, and shape – we declare the variety to be ToBRFV resistant.”

Thanks to this unique PVIS, TomaTech-Nirit breeders identified several ToBRFV-resistant varieties and genetic sources (2017), developed a molecular marker for the trait (2017-2018) and bred for commercially available ToBRFV Resistant small size fruits varieties (2018-2022). At the same time, the R&D team continues to advance and broaden the company’s sources of ToBRFV resistance, and is now testing a new advanced generation of resistant hybrids for all our key segments, which are planned to be launched to market in 2023-2024.

“The great strength of the good and reliable testing system allows us to offer our customers something we are sure of, a product whose durability has been tested and verified. At the same time, we continue to develop additional varieties for the most relevant segments with new resistances.” 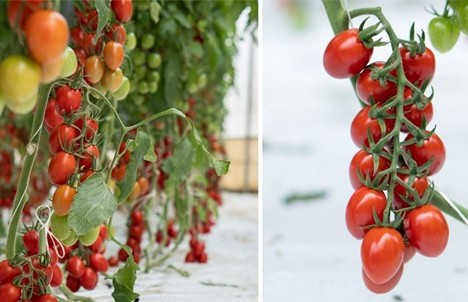 “We just came back from a visit to Tomatech-Nirit’s trials in Sicily” say Shai Leviatov “and it was very clear that the results we were recording by the PVIS system in Israel were repeated under the local conditions of Sicily”. A good example that demonstrates the company’s pragmatic approach that puts the grower and consumers needs in the focus is the midi plum variety TT-633. A variety with strong plant and capability to continue to grow even at infected Greenhouse conditions, early growth and ripening also at low temperature, that doesn’t have symptoms in the fruit, spine, sepal